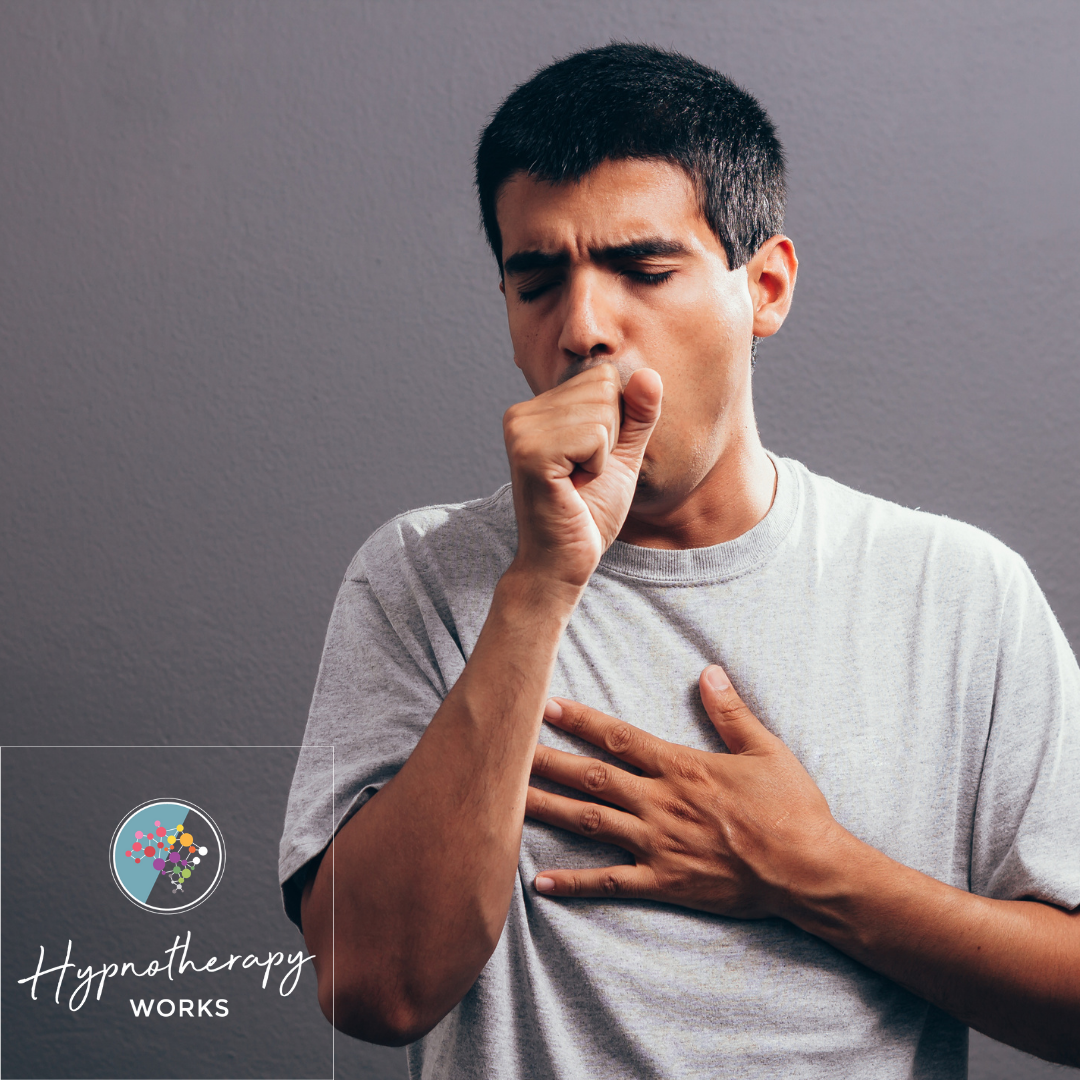 Client A contacted Helen to explain they had a cough that was idiopathic, the cough was causing concern for the client as it could be very violent. Client A explained how they had burst blood vessels in their eyes due to the violent nature of the cough, causing the client a lot of concern as their sight wasn’t good.

First session arranged and client preferred a face to face appointment, this session was lots of talking. During the session the client talked about chocking, they described the feeling of mild choking before a coughing episode. Investigation further lead to a couple of events they had experienced, one being a gentleman that had chocked on a piece of food. This gentlemen collapsed and stoped breathing. Client A described how he was a large man and he had performed CPR on him until the ambulance arrived. The gentleman died, client A described how exhausting it was doing CPR to try to help him. Client A found out later that the food was lodged so deep in his windpipe (trachea) and nothing could have been done to save him.

Client A also talked about his mother having a server chocking episode, she was ok, but this was difficult to witness.

A follow up session was arranged, Helen recommended BWRT to work with the chocking incidences which client A was happy with.

Follow up session was a BWRT session as arranged and worked on the choking incidents, about 3 or 4 days following the session the client contacted Helen saying

“Hi Helen, That seams to have worked a treat, thank you.”

A persistent idiopathic cough helped in just one session of BWRT following the initial session, BWRT is fast and effective for many ailments. If you would like to read more about BWRT then here is a blog What is BWRTWhat is BWRT?

A Little About Me »

This website uses cookies to improve your experience while you navigate through the website. Out of these cookies, the cookies that are categorized as necessary are stored on your browser as they are essential for the working of basic functionalities of the website. We also use third-party cookies that help us analyze and understand how you use this website. These cookies will be stored in your browser only with your consent. You also have the option to opt-out of these cookies. But opting out of some of these cookies may have an effect on your browsing experience.
Necessary Always Enabled
Necessary cookies are absolutely essential for the website to function properly. This category only includes cookies that ensures basic functionalities and security features of the website. These cookies do not store any personal information.
Non-necessary
Any cookies that may not be particularly necessary for the website to function and is used specifically to collect user personal data via analytics, ads, other embedded contents are termed as non-necessary cookies. It is mandatory to procure user consent prior to running these cookies on your website.
SAVE & ACCEPT